United We Stand, Divided We Fall: The Making of 'Captain America: Civil War'

United We Stand, Divided We Fall: The Making of 'Captain America: Civil War' 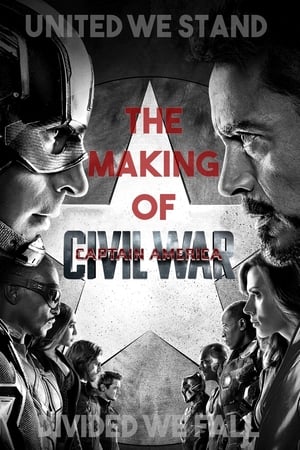 A two part feature. Part 1 (22:25) features cast and crew looking back at the story's comic book origins and discussing the story's thematic depth and relevance, the large assortment of characters featured in the film, the directors' contributions, the casts' abilities to perform complex stunt work, making various scenes, character relationships and development in the film, shooting locations, key props, Ant-Man's role in the film, choosing which characters would side with which faction, and General Ross' part in the movie. Part 2 (23:18) begins with a discussion of Vision's role in the film and Paul Bettany's performance, the part Black Panther plays in the movie and Chadwick Boseman's work on the film, Tom Holland's performance and Spider-Man's part in the story, making the large-scale battle between the warring factions, the villain Zemo, a major revelation in the film, and more.