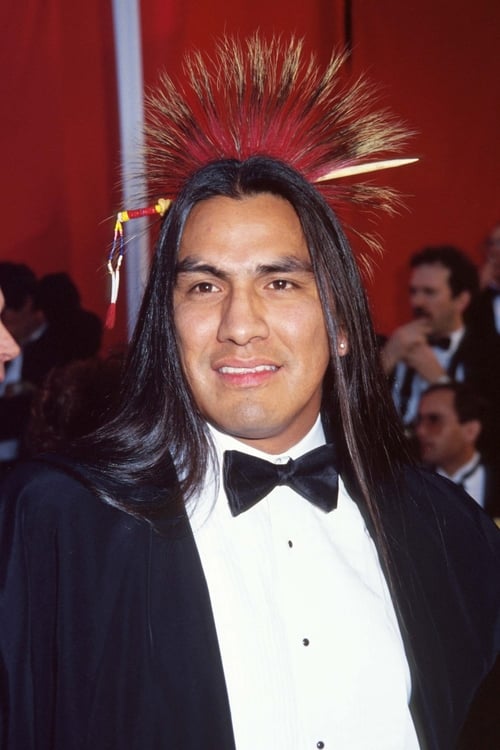 From Wikipedia, the free encyclopedia. Rodney Arnold Grant (born March 9, 1959) is an American actor. Grant, a Native American, was raised on the Omaha Reservation in Macy, Nebraska. He is probably most well known for his role as "Wind In His Hair" in the 1990 film Dances with Wolves. He has also appeared in other films such as John Carpenter's Ghosts of Mars, Wild Wild West, Geronimo: An American Legend, White Wolves III: Cry of the White Wolf, Wagons East!, The Substitute, War Party, and Powwow Highway. In television, he played the part of "Chingachgook" in the series Hawkeye that aired in 1994-1995. He has also had guest roles in a television series such as Due South, Two, and the Stargate SG-1 episode "Spirits". He also portrayed the famous warrior Crazy Horse in the 1991 television movie Son of the Morning Star. Grant is a member of the Omaha tribe of Nebraska. He has been very active in youth activities and had served on the Native American Advisory Board for the Boys and Girls Clubs of America. He has five grown children, three from a previous marriage, and two from previous relationships. He currently resides in southern California. Description above from the Wikipedia article Rodney A. Grant, licensed under CC-BY-SA, full list of contributors on Wikipedia.